Beginning July 27, through the end of 2022, the Towns Municipal Parking Lot on Magnolia Street will be closed for a drainage and bulkhead project. Alternate parking is available on Front Street. More Info

The Traffic Calming Advisory AD-HOC Committee was established in accordance with Section 15 of the Town Charter and by Resolution 2021-003. 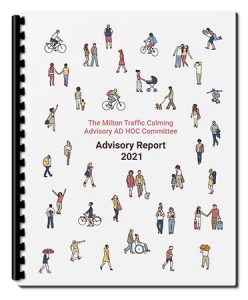 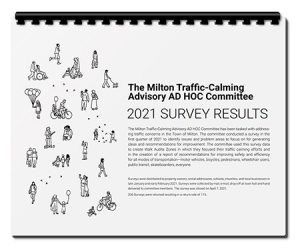 Take a stroll with us on our Walk Audit of Milton

The task of the Ad Hoc Committee is to identify problematic traffic areas—including cross streets and intersections, sidewalks, crosswalks, driver behavior, safety, comfort and appeal—and to recommend safety improvements for all modes of transportation to the Mayor and Town Council in July 2021 in an advisory report.

Councilwoman Randi Meredith, the Traffic Calming Committee Chairperson said, “A lot of the problems we are seeing now aren’t new, but they have been exacerbated by the increase in population. We all like that Milton is a small town—but the town is growing. In order to maintain that “small-town vibe” we all love, we need to address traffic now; reducing the speed but not the flow, and modernizing as much as we can, including how we think about ‘traffic’. ‘Traffic’ isn’t just motor vehicles—it’s bicycles, bicycles with toddlers as passengers, pedestrians, wheelchair users, pet parents, access to public transportation, strollers, runners, families. ‘Traffic’ is lunch dates, theater shows, bike shop repairs, walking to the hair salon or barber, play dates at the park. It’s everyday life that can happen without a car… but only if the infrastructure is in place.”

The AD HOC Committee has identified outreach activities for meaningful community engagement to assess public concerns and to establish priorities. The Committee’s first effort was conducting a survey that was sent on Feb 1, 2021 to property owners and residents and distributed in local shops. The results will be posted on the Milton website.

In late May and early June, the Traffic Calming Committee are organizing Walk Audits to focus on collecting observational data as directed by the results of their survey. Walk Audits are a practice designed to help communities to make their streets more livable and pedestrian-friendly for all. Councilwoman Meredith said, “We’ve divided the areas of concern, as directed by our survey results, into 8 small Zones, with a Committee member as the leader for each Zone. We’d like to get at least 5 people to walk each zone as a group and assess how the town works for all users, not just vehicles.”

According to AmericaWalks.org, “Walk audits are most effective when public officials and community members of varying backgrounds, ages and abilities are invited and welcomed along so they can experience and react to the street and road conditions directly.”

All Community members are invited and volunteers are welcomed, contact Councilwoman Meredith councilwomanmeredith@ci.milton.de.us .

The Traffic Calming Ad Hoc Committee will be conducting Walk Audits between now and June 10 and we’d like to invite you all to join in.

A walk audit is an assessment of the pedestrian safety, accessibility, and comfort of a particular area.

The link below is a 3-Minute video to give you clearer picture of what the Committee is doing:

What is a Walk Audit?

The Town has been divided into 8 Zones that cover all the areas that were called out as having the most concerns from our Traffic Calming Survey.

We hope you are interested in taking a stroll with us on our Walk Audits of Milton.

(Please consider choosing a Zone that is not in your own neighborhood.)

All Community members are invited and volunteers are welcomed, contact Councilwoman Meredith councilwomanmeredith@ci.milton.de.us .