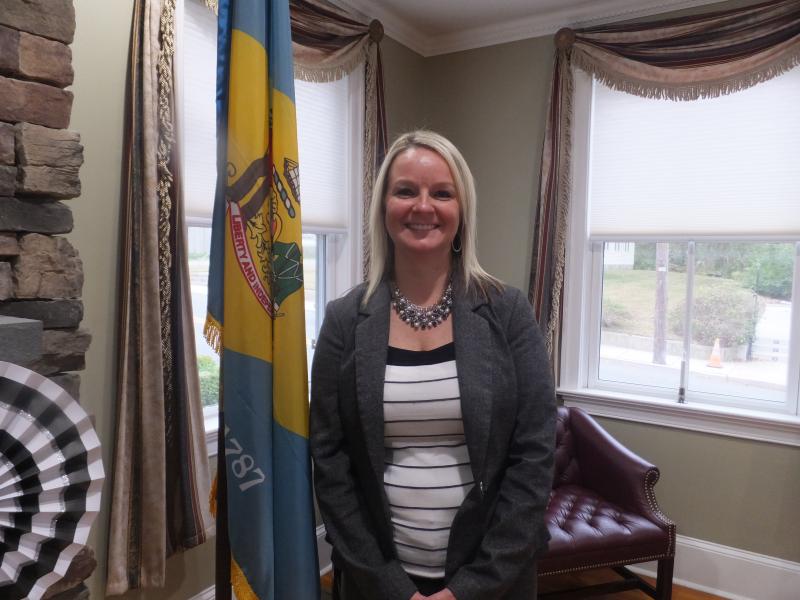 Delaware League of Local Governments has named Milton Town Manager Kristy Rogers as the state’s town manager of the year.

Rogers has been Milton’s town manager since 2016, although she has served in town government since 2011. She received the award at the league’s Sept. 26 annual meeting. Rogers said she feels the honor is a validation of how well the town has been performing.

“It’s been very important to me to reestablish community connections and community relationships and working with all the nonprofits, businesses and residents,” she said. “I was so surprised to receive such a recognition. I feel like it was an acknowledgement of the town itself.”

Rogers, a native of Sussex County with a background in accounting, started as Milton’s accounting clerk in 2011 before becoming town clerk in 2013.

She said the hardest part of the job has been getting staffing where it needs to be and keeping up with the expectations of the residents. Rogers said the town has a great staff, and she feels blessed to work with them.

Rogers said she has tried to focus on maintaining and improving the town’s infrastructure, but the most important thing for her is monitoring the town’s financial status.

“It’s definitely constant review of financial statements: where Milton has been and where we are now. Making sure we have the financial stability to make it through the future,” she said.

Rogers said her accounting background helped her perform as town manager, viewing budget time as her favorite part of the year.

“I find it to be my strength. A lot of people are fearful of budget time, but I find it’s a puzzle for the town: the interconnecting of the departments and making sure we have a balanced budget,” she said.

A mother of two, Rogers said she never viewed herself as becoming a town manager, and she was very surprised when the league honored her.

“Many people have asked, ‘Did you know?’ and I say, ‘No, they kept this from me very well.’ I never would have thought town manager is where I would be. But to see the great strides in my career, it was definitely an honor to be recognized,” she said.

When asked how long she plans to do this job, Rogers said, “As long as council will have me.”